In the latest list we could find, Honda Torneo came at the top and has been the most targeted vehicle for a number of years running.

“It’s not that there are more Honda Torneos on the road than any other car,” says Amelia Macandrew, Customer Relations Manager, AA Insurance.  “It’s the probability of them being stolen that’s far greater than any other car we insure.”

To calculate theft incidence rates, AA Insurance measures the number of claims made for each model of car for which 20 or more claims have been made, as a percentage of the total number of policies it holds for that model. The information is based on AA Insurance’s highest theft claims incidence rates over the last four years for cars covered under comprehensive insurance.

According to AA Insurance data, 92 per cent of theft claims for models in the top 10 list were for cars manufactured more than 10 years ago. The average value of a stolen vehicle from the top 10 list in July 2015 was $5120. 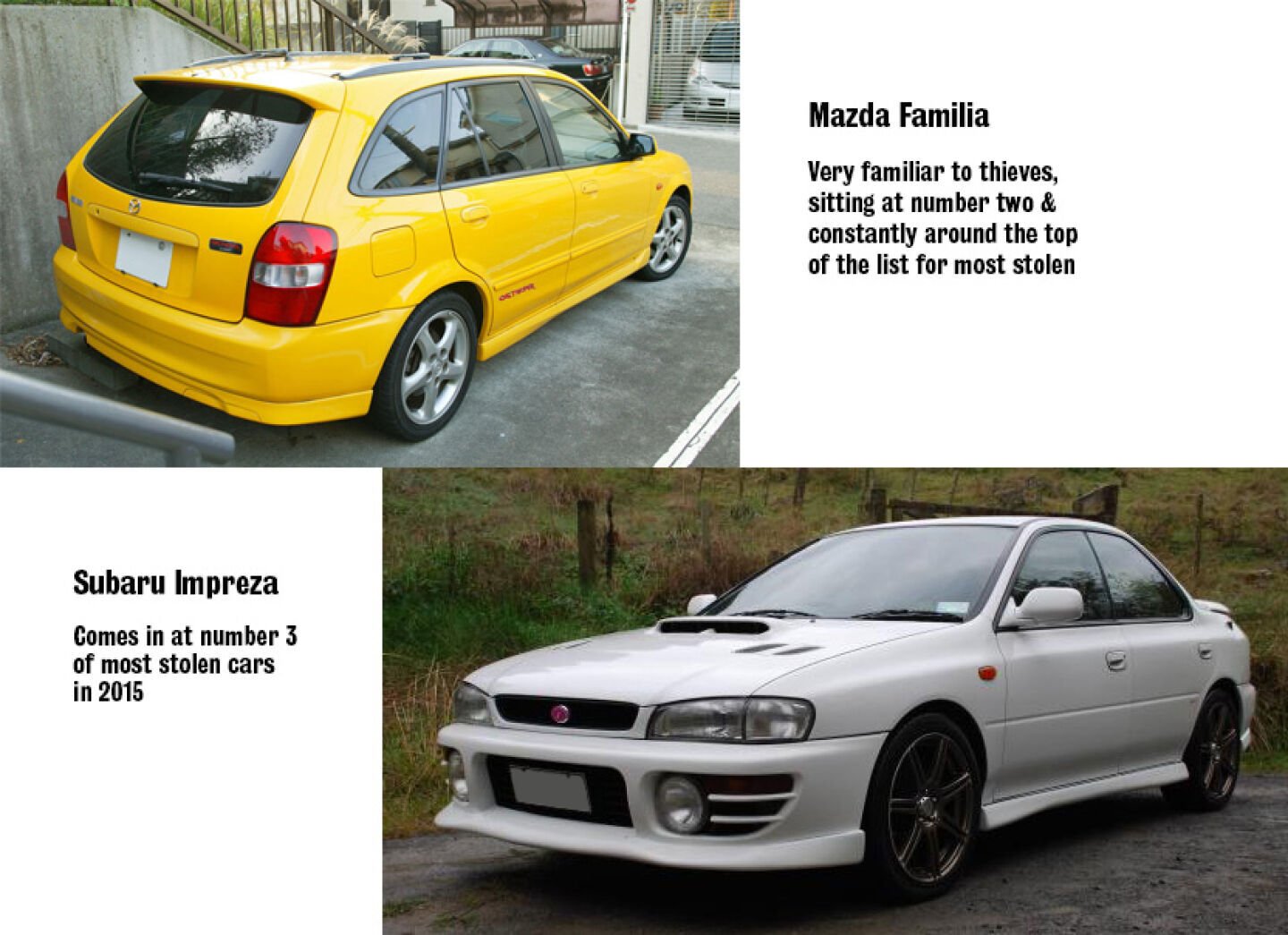 Later models of the cars on the list do not fall into the ‘most stolen’ category. It seems that thieves generally prefer older vehicles with less sophisticated security features, making them easier to steal.

If you have a late model car, don’t let the statistics make you complacent. Thieves now steal car keys to access modern vehicles with sophisticated security systems. So it makes sense to guard your keys well - rethink throwing them onto the table as you arrive at the local café - and keep them in a spot away from the door at home.

Another tactic criminals have recently adopted is dubbed “Pinch & Park”, which sees them steal a vehicle and then park it in a safe place for several days in case police have access to GPS data from an on-board security device. If the car has not been picked up by the authorities a few days after being taken from its owners, the thieves know it is safe to move to a workshop to fit new number plates and then sell on. It is thought the new tactic is particularly being used for performance cars, 4x4s and other high-value vehicles which are more likely to have been fitted with GPS tracking devices. The anti-theft equipment can be triggered by the manufacturer as soon as the vehicle is reported stolen and police can access the location of the vehicle down to within a few feet.

Whether your car is an older import or not, it’s worth taking some simple steps to make your car less attractive to criminals. Thieves will always go for the easiest, fastest option, so if you make it a little harder for them, chances are they'll move on to an easier target.

Install an alarm, a steering lock, or consider an immobiliser and make sure it's in view. Make sure you lock your car before you leave it, even when it’s at home or parked in the garage. Note that while it’s up to you to take all reasonable steps to ensure the safety and security of your car, if you’ve mistakenly forgotten to lock it, you’ll generally still be covered by your insurance. Comforting to know!

Remember though, it’s in your interest to make your car as difficult to steal as possible – not only to avoid the distress and inconvenience of a theft, but also to help keep insurance more affordable.