Priorities: When the Garage comes first

Imagine yourself in this position: it’s New York, you’re incredibly rich and you have three people to take to the Hamptons for the weekend. The Bugatti’s only a 2-seater and the other cars are all 5 miles across town in a storage facility. If you don’t leave now, you’ll miss cocktail hour!

Seems unbelievable but for some, it’s close to reality. Urban space is at a premium, with more people moving from rural areas to live in apartments and smaller homes in the suburbs. Though minimalism may be the favoured home style of millennials, when it comes to vehicles, often the uber rich and the unattached professional still loves to collect cars. Putting those cars somewhere is the problem.

How frustrating to have a collection of vehicles that you can’t access when you want! Why waste space on a kitchen island when you can fit an extra car in? Do you need a garage on your property when you can park at the race track? Introducing the latest solutions: the car lift, the garage-cum-house and the car condo.

Below, left: Brooks Weisblat, got lifts to help store his vehicles when his three-car garage wasn’t enough. Photo: Jeffery Salter. Below, right: Bill Kozyra poses with his 2012 Ferrari 458 Italia at one of his private car condos at M1 Concourse. Photo: John F. Martin 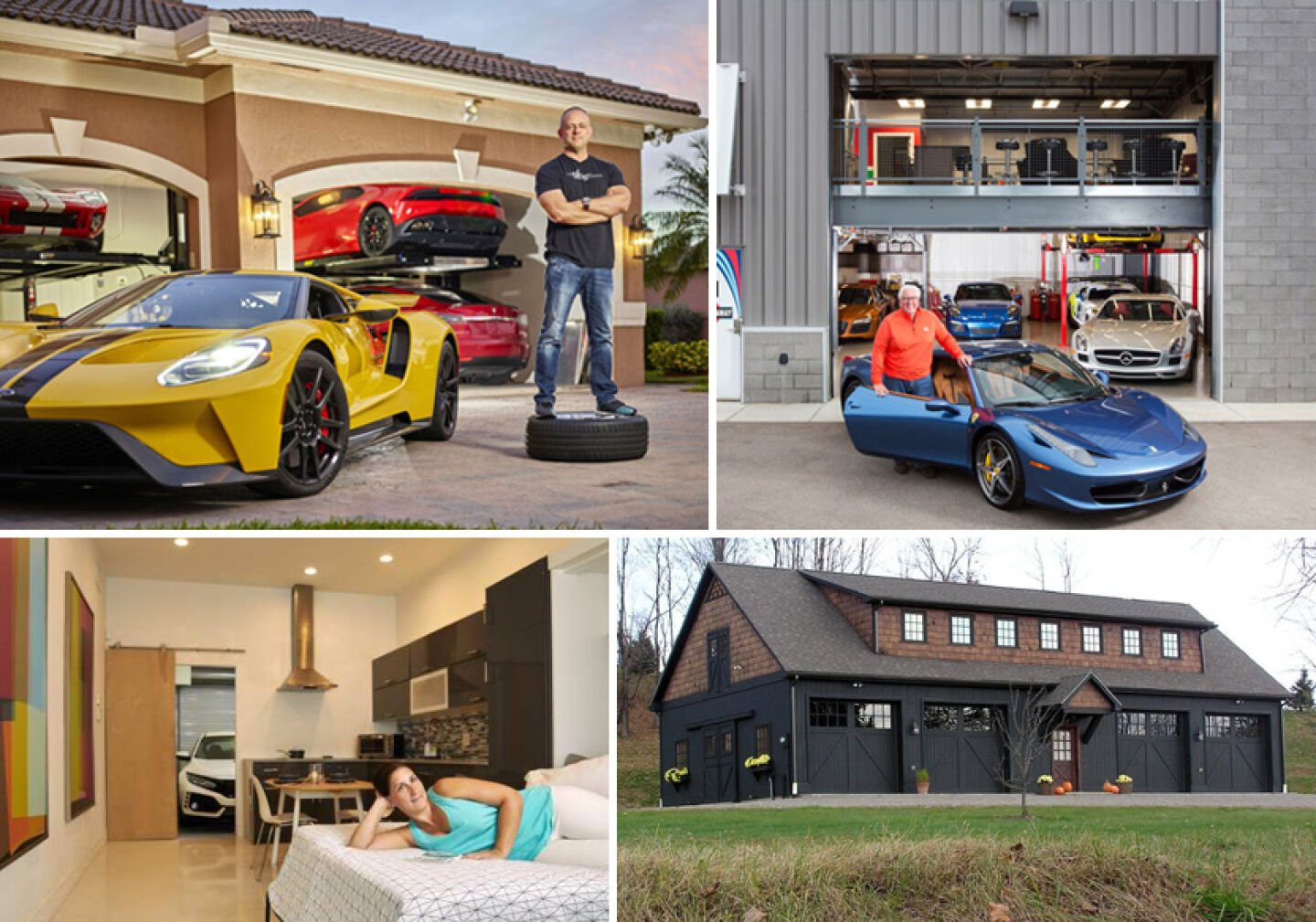 Above left: Natalie Adams, accountant and car collector, lives in a combination home and garage. Photo: Jeffery A. Salter

The only way is up

When space is at a premium, you need lateral thinking - and vertical parking!

Car lifts are becoming increasingly common. American Custom Lifts has been producing hydraulic and mechanical lifting systems for cars since 1998 and business has grown significantly every year. Lifts start at the basic version to stack one car above another, converting a two car garage to house four. Celebrities and ultra-wealthy can indulge their vehicular passion with a two-deck, drive-on PhantomPark, which transports vehicles to a subterranean garage or an upper level, making a huge difference for city dwellers in places like New York, where previously garage space was unheard of.

You just gotta live with it

Another solution to the car storage problem: make your house smaller! Natalie Adams of Florida is a collector of JDM (Japanese domestic market) Hondas. She turned a one-story, 1950s warehouse into a combination home/garage after experiencing too many break-ins at her car storage facility. She now uses car lifts to keep six of her favourite JDMs inside the 1,200-square-foot space.  Though it is made up of about 60% garage and 40% living space, she actually thinks she made the kitchen too large in her renovation and is considering shrinking it to fit in a couple more cars. “I don’t have a fancy kitchen,” says Adams, an accountant. “I have a fancy garage.” 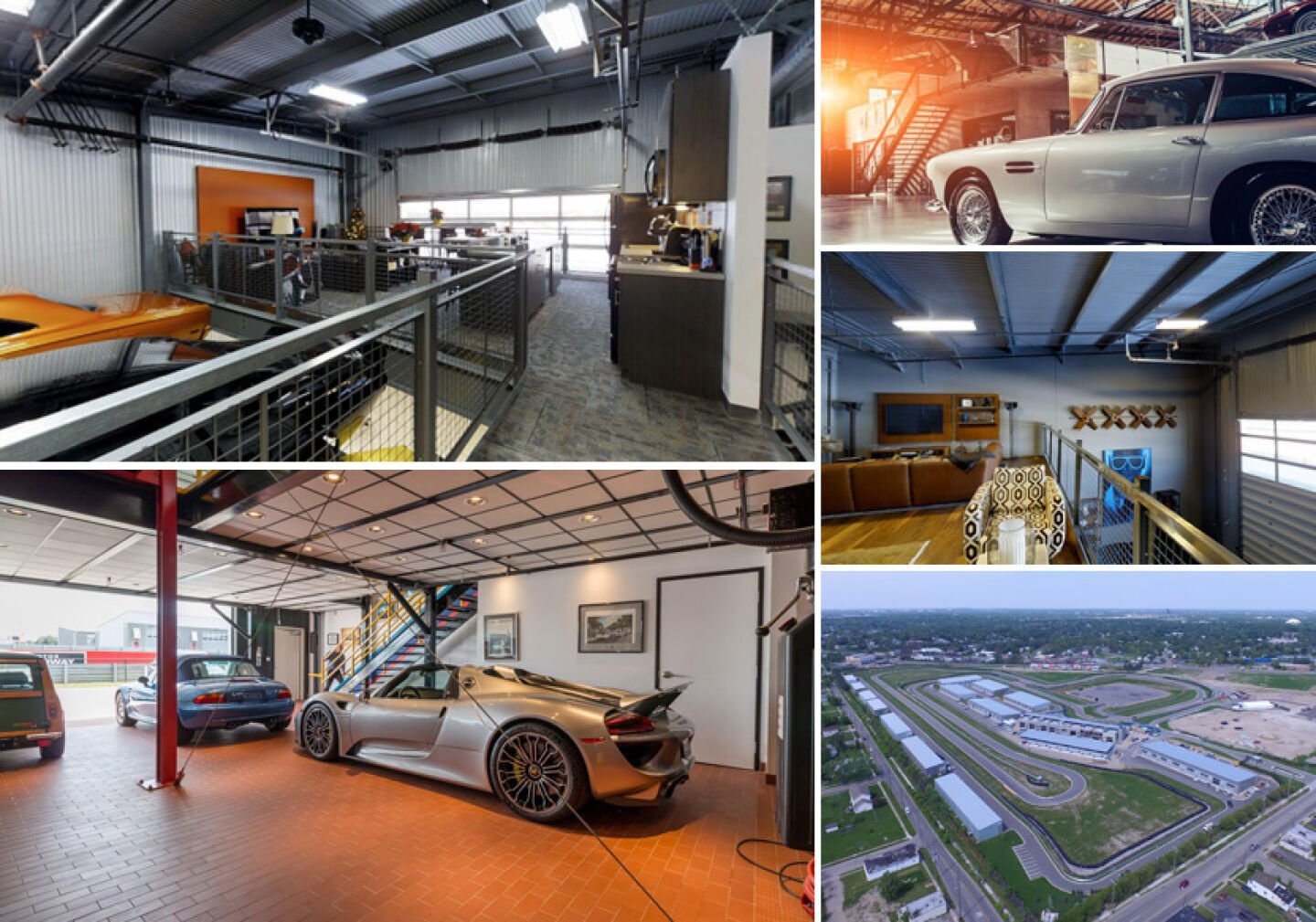 Above: Way more than just storage space, M1 is poised to be the largest facility of its kind in the world with an active community of enthusiasts enjoying their passion for all things automotive.

Make the Move to Motor City

Car fanatics also like to hang out with their vehicles, so having them stored miles away deflates the joy of ownership somewhat. What could be better than spending time at the track, with your mates and your cars, and having a fridge and TV and the couch to relax on?

M1 Concourse is an 87-acre playground for auto enthusiasts. It’s an exclusive community of more than 250 secure Private Garages set along the 1.5 mile Champion Motor Speedway in Detroit. The spaces are flexible to be used as storage, entertainment, office space and more, with the privilege of ownership - all being individually deeded condos. Ranging from 507 to 4,800 square feet, all units are engineered steel buildings featuring sprinklers and firewalls, full insulation and oversized motorised garage doors. Entertainment is part of the package, all garages being pre-wired for cable television and high-speed internet. Owners may stay and play, with a guaranteed 6 hours per week of racetrack access, but may not live on site.

Are you keen to join the car collecting renaissance? It might give you a 'real lift’!